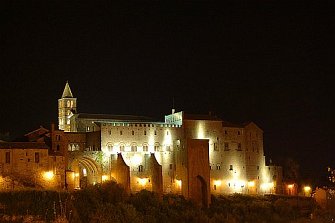 The real history of Viterbo dates back from the Middle Ages. As regards the previous period, traces of a fortified etruscan settlement were found on the hill where the Cathedral church and the Papal Palace now stand. Viterbo was conquered by the Romans and later dominated by the Goths, Byzanthines, Longobards, Franks until, finally, it became part of the Papal State. In the XII century Viterbo was recognized as a City State by Emperor Federico Barbarossa. From the XIII century onward it was often chosen as a shelter by a number of Popes and a beautiful palace was built for them to stay. 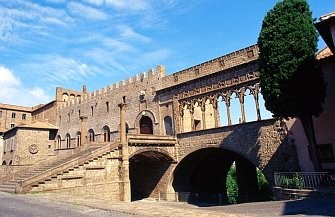 The Palace was erected between 1255 and 1266 by order of Raniero Gatti (capitano del Popolo of Viterbo) as a Papal residence. Its Loggia is extremely noteworthy with entwined arches, coats-of arms and relief carvings on the cornice. In 1268, the Palace was the seat of a famous Conclave, which spanned three years as no candidate managed to win the majority vote for the election of a new Pope. On this occasion, the cardinals were locked up in the palace where the voting was taking place and, according to the legend, the citizens of Viterbo led by the Podestà, beeing exasperated, probably removed the roof of the hall. Finally Gregorio X was elected as a Pope and later also Giovanni XXI, Niccolò III and Martino IV were elected in the Palace. 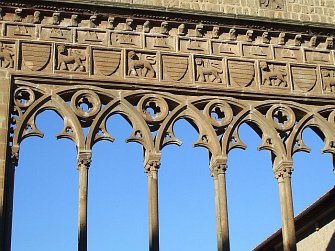 Nowadays the Papal Palace is the symbol of the city and with the Quartiere (District) San Pellegrino, an impressive urban setting where the houses and the streets have fully maintained their medieval appearence, represent the heart of the city. Remarkable are also the city walls, built in the Middle Ages, to encircle and protect the old town. Many of the original watch-towers and city gates are still to be admired (Porta Fiorita or Porta di Valle).

Other interesting sites and monuments in Viterbo: 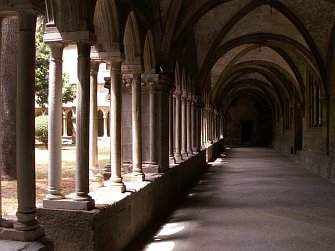 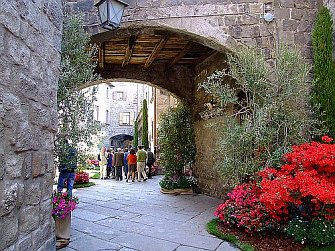 Viterbo is also the birthplace of Santa Rosa. She was born in 1233 (or 1235), she died very young in 1251. Her body, incorrupted, is still to be seen in a very precious coffin in the the Church of Santa Rosa (former San Damiano church). Every year in the evening of September 3rd a very special processiontakes place in Viterbo in honour of the Saint: the so-called Macchina di Santa Rosa.